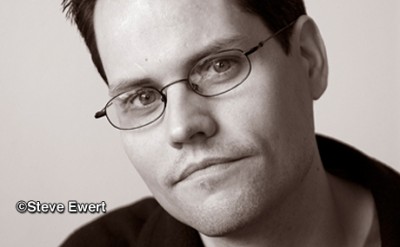 Armed with degrees in film and economics from the University of Michigan, Petersen began his career on the feature film “Zebrahead.” Along with working in John Hughes’ office, his résumé includes work on “Antiques Roadshow,” “Rescue 911,” “Unsolved Mysteries,” Fox News, BBC, VH1, the Food Network, MGM Home Entertainment and several feature films and commercials.

Petersen produced and directed the award-winning, feature-length documentary “Out Of The Loop,” which explored Chicago’s underground music scene and featured such Windy City notables as Veruca Salt, the Jesus Lizard, and Steve Albini. This movie enjoyed a 15-city tour of colleges and universities and played at several festivals around the United States and Europe. ”Out Of The Loop” was broadcast on PBS.

He delved deep into the cutthroat world of tournament Scrabble® with his award-winning documentary, Scrabylon, which he produced, directed, and edited. Media outlets such as the Los Angeles Times, TimeOut New York and the syndicated entertainment news program “Extra!” have all featured stories on “Scrabylon.” After numerous festivals and screenings around the United States, this acclaimed doc was featured on PBS.

The Renaissance of Mata Ortiz, the story of how an American adventurer and a brilliant, self-taught Mexican artist transformed a dying desert village into a home for world-class art, won numerous awards at film festivals and screened at several museums and universities around the country. It was broadcast on PBS and won an Emmy for Best Cultural Documentary.

As the United States deals with a toxic political climate, Hitchhiking to the Edge of Sanity takes a look back to the turbulent social upheaval of the early 1970s and follows an idealistic writer and his soon-to-be married photographer friend as they set out to find their purpose via a terrifying road trip across the Sahara Desert. This doc played at several festivals and was awarded an Emmy for Best Cultural Documentary.

We Eat Socca Here tells the hidden story of a savory local specialty found only on the French Riviera and the surrounding areas. Socca enjoys a historical and cultural significance that far outweighs its simple and rustic four ingredients. How Nice! 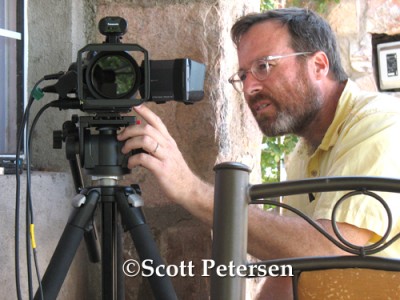 Award-winning cinematographer Pete Biagi’s body of work includes more than 40 short and 17 feature-length films, in addition to several national television commercials. Biagi is a 1989 graduate of Columbia College-Chicago with a B.A. in film/video. He attended Marquette University in Milwaukee, studying mechanical engineering before deciding on a career in filmmaking.

Recently, Biagi had the good fortune to operate camera on the Robert Altman and Garrison Keillor feature “A Prairie Home Companion” and shoot Jeff Garlin’s “Someone To Eat Cheese With” for producers Steve Pink and Harold Ramis. In his first stint with Altman in 2001, Biagi operated camera on “The Company,” an acclaimed look at the Joffrey Ballet. He lensed the much-publicized Project Greenlight film “Stolen Summer” for director Pete Jones and producers Ben Affleck, Matt Damon and Chris Moore, as well as Jones’ follow-up, “Outing Riley.”

A veteran of many Hollywood features, Biagi’s résumé includes work on “PayBack,” “Return To Me,” “White Boys,” and “HellCab” as well as the award-winning indie feature “Normal Life” and the television series “Cupid.”

Patrick Kirst is one of Hollywood’s next generation of film composers providing a fresh and a unique voice in the film music industry. He recently finished his powerful lyrical score for The Big Cat (Der Große Kater), starring acclaimed actor Bruno Ganz (“Downfall,” “The Reader”) along with an all-star German cast. The political thriller will have its theatrical release in January 2010.In 2007 Kirst started his working relationship with critically acclaimed composer Aaron Zigman. Credits include this year’s top-grossing romantic comedy “The Proposal,” starring Sandra Bullock and Ryan Reynolds, “The Ugly Truth,” starring Katherine Heigl and Gerard Butler, “Sex and the City: The Movie,” and “Mr. Magorium’s Wonder Emporium,” starring Dustin Hoffmann and Natalie Portman. In 2008, Kirst collaborated with Disneynature on their first nature documentary “Earth,” based on BBC’s highly successful “Planet Earth” TV series.

He attended the Berklee College of Music in Boston, followed by New York University, and then the University of Southern California (USC), Los Angeles where he studied under distinguished composers such as Academy Award nominee David Raksin, Golden Globe nominee Christopher Young, Jack Smalley and Grammy Award winner Joe Harnell. In 2007 Kirst joined the adjunct faculty at USC. He is honored to be part of the incredibly talented pool of faculty members and enjoys sharing his experience as an artist in today’s highly competitive film music market.