“Hitchhiking to the Edge of Sanity” just won an EMMY® for Best Cultural Documentary at the 42nd Mid-America EMMY® Awards! Check out all the winners here.

It will be placed gently atop my fireplace next to the one I won for my previous documentary “The Renaissance of Mata Ortiz.” Big thanks to KCPT and all the crew and supporters!

When I was kid, my family and I would trek from Chicago’s northwest suburbs to the city to have Thanksgiving dinner at my Uncle Steve’s photography studio. He’s been taking pictures forever and had a giant space with huge, hand-cranked windows. This was a treat, and not just because I could stuff my face with as much food as I could and my parents would be too busy to scold me. I enjoyed this adventure because the neighborhood was such a departure from the ’burbs: old brick buildings, a former pickle(!) factory, and my uncle’s wood-floored studio, which featured impressive, midcentury furniture and a loading dock elevator with a gate you had to pull down with a worn canvas strap. This shit was old. Like, 50 years old. Ancient!

On one of these trips, I saw some strange photographs, blown-up and mounted onto foam core. One featured my uncle as a much-younger man with a friend. Another had a shirtless African guy who seemed to be threatening his elder with a giant curved knife. A third had my uncle Steve’s alarmingly skinny friend dancing among the tribe’s drummers. Steve offhandedly mentioned he took most of the pictures on a trip where he and his buddy backpacked across Europe and then hitchhiked across the Sahara in 1971. “That’s pretty cool,” I said. 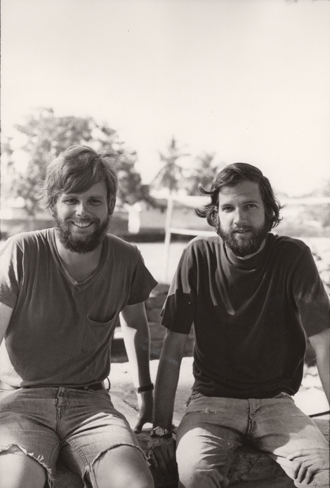 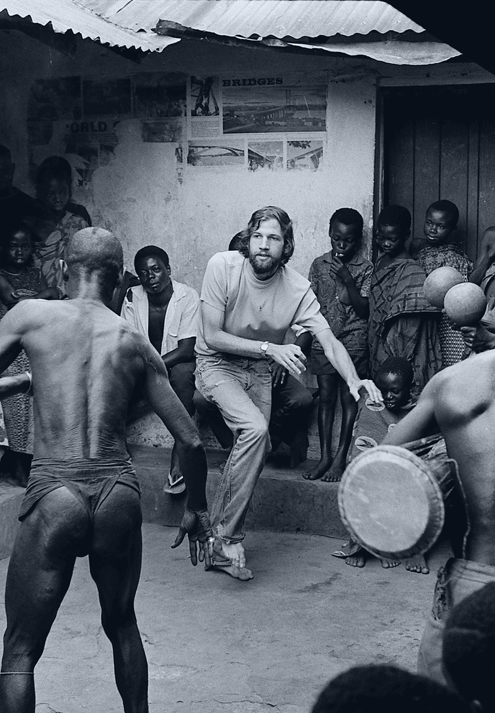 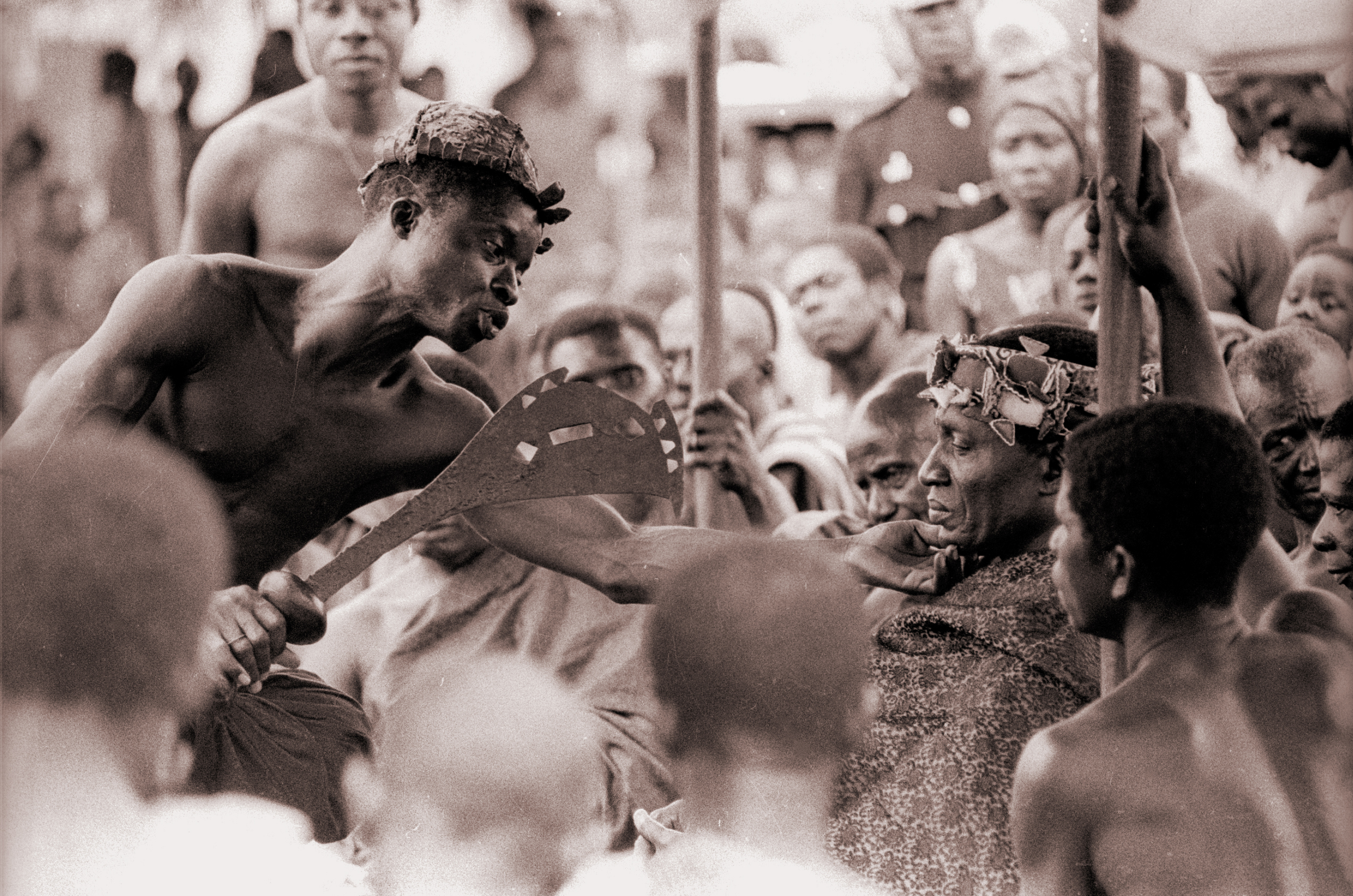 Fast forward decades. I’m an editor and documentary filmmaker and I’m talking to my uncle on the phone and he again casually mentions his trip.

“Wait, hold on a second there, buddy. Tell me about this trip again,” I say.

He tells me about dodging French gendarmes in Paris, hanging out with anarchist weed purveyors in Amsterdam, searching for the Black Panthers in Algiers, having a VW Microbus fail multiple times in the middle of the desert, confronting armed soldiers, and suffering a mental breakdown in Accra. And as a photographer, he still has the negatives—and the Nikon F 35mm camera! Oh, and his travel partner, Dick Russell, kept a journal written with an 8 lb. portable Smith-Corona typewriter throughout their trip. 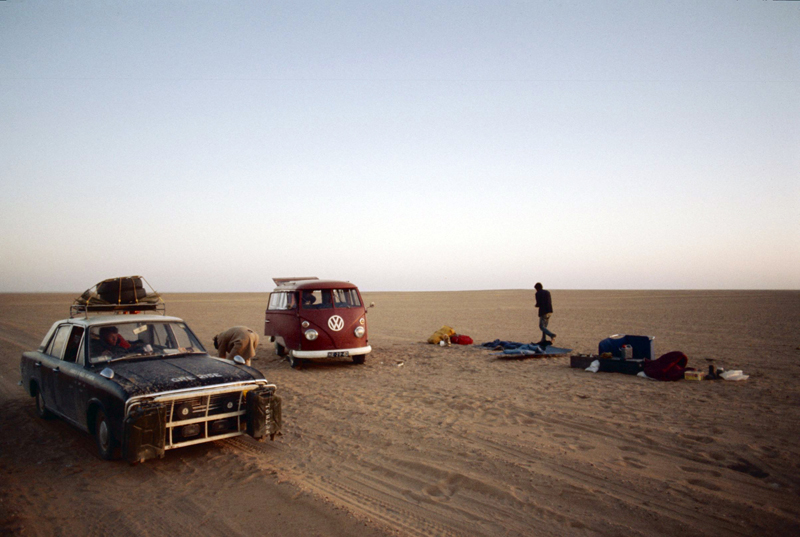 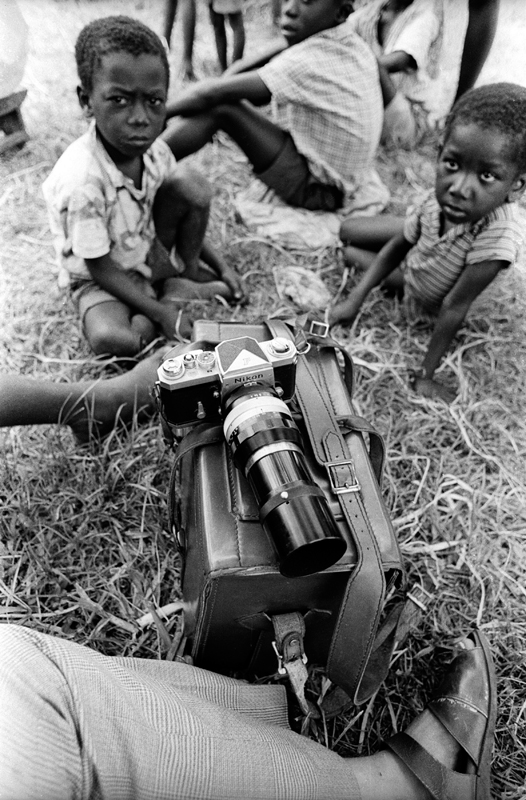 I talk to Dick and he’s happy to participate. I bug Steve to rifle through his thousands of pictures and scan them for me. Dick lets me borrow and read his journal, which runs nearly 1,000 pages, single-spaced and typed on both sides. I interview Steve and Dick, together and separately. I find desert locations for reenactments and locate archival and stock footage. I animate the photos and hire a composer. I spend a lot of time in a dark room, beating the story into submission and creating an aesthetic for the film.

I finally finish the documentary, which is called Hitchhiking to the Edge of Sanity. It plays a bunch of festivals. Steve and Dick relive the trip at screenings. Their friendship lasts to this day and has enriched their lives more than they can express. 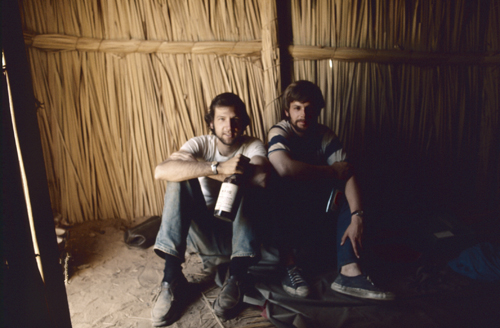 Of course, now I know that driving 30 miles from my home to the city isn’t much of an adventure, especially compared to my uncle’s experiences. I travel whenever I my schedule allows—but not across the Sahara. Somewhere, in the back of my mind, the photos and stories that I heard as a kid sparked me to challenge myself and take chances. I’ve trekked to multiple countries in Central America. I made a documentary about a village in the Chihuahua Desert in northern Mexico. And lately, I’ve been visiting Western Europe, mostly France. (Thank you, high school French!) Steve and Dick nourished their creative needs, photographically and literary, while eventually finding themselves. Adventures, foreign and domestic, have shaped my worldview and fulfilled my hunger for lifelong learning.

Making a documentary is like a graduate course in a particular subject. You research, study, and discover. My adventures resulted in a greater appreciation of culture, language, food, drink, architecture, and people. And, you know what? That’s cool.

Scott Petersen is an editor and Emmy-winning documentary filmmaker living in Los Angeles. Hitchhiking to the Edge of Sanity is available on Amazon streaming.